I believe so a lot have enjoyed last month’s All About Paluwagan post. It was one of my most commented blog post of all time. The views are also drastically changing to its peak thanks to you. I realize now that I should certainly focus more on posts in relation to us Pinay/Pinoy so today I will be introducing a new quick lecture. It’s All About 5/6!

Just a disclaimer I do not patronize nor do I have any  obligation via 5/6 but I once had a summer vacation in one of my Aunt in Tondo, Manila working in the palengke for they have a store there. Those were the times when I became knowledgeable about 5-6 system. 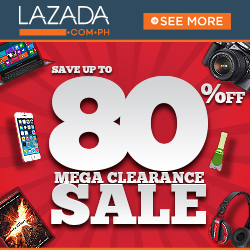 5/6 or Five/Six is a “pautang” system most commonly available and seen in lower class. Bumbays (as what most Filipino prefer to call) or men/women of Indian descent are the ones who introduced this pautang system to the Filipino culture and was later accepted and adopted by other descents too even kapwa Filipinos.

The name 5/6 was derived by the payment system in this pautang. In  5/6…. pag naghiram ka ng 5 pesos after a month magiging P6 na yun. (If you borrow 5 pesos today after a month it will be 6pesos.)

This means your 5pesos will earn 1peso interest or 20% of the principal amount.

-The payment system varies with the usapan (discussion) between the creditor and the debtor. Most common is 1 month but others will go 40 days to 2 months.
-There are no legal written paper or contract in this pautang system. Only verbal agreement.
-For first timers you may only have a minimum credit and just like banks, the more that you make a debt and you pay really well, the creditor will for sure increase the amount that you can borrow

Below are the most common reasons why Filipinos try 5/6:
1. Too much debt in banks, credit cards and other financial institutions. Since 5/6 are verbal agreements it is easier to get approved once you need to borrow an amount. People will borrow via 5/6 to pay for their bank credits.

2. Its in the family. Another typical reason that 5.6 exists is that it is a debt that passed on by the parents to their children or a family member. Those who do 5/6 will try their best to have the whole family involved in the pautang because the more credits the better the circulation of their finances will be.

3. Need immediate money pang-puhunan. If you go to palengke you can see a lot of naka-motorsiklo. Borrowing via 5/6 has been part of Filipino lifestyle specially if they needed money to start a business or if teh business is not that good and they need new money in the cash flow.

Nowadays its not only Bumbays who does the 5/6. I’ve seen documentaries of common Filipinos who do the same in their neighborhood there are also those who goes to public utility drivers (bus and jeepney drivers) as their target.

The idea of 20% interest is truly saddening in the 5/6 pautang system. That is too much considering how banks and other financial institutions will charge.
One should also take note that though you can change your residency to avoid the collection, you will still suffer on how you will do that said solution? For example if you own a stall in the palengke are you willing to stop just to avoid your debt. How about the humiliation that you will get?

In conclusion, don’t be in debt. And make debt the last of your option. Once you borrow money and you make it a habit, it may be harder for you to let go. 5/6 maybe a financial culture that’s hard to eliminate specially because there are those na handa magpautang kahit 6-figures pa yan, but always think of these questions and ask them before making any decision:

Once you have a no to any of the above then DON’T DO IT. Temporary happiness is not happiness after all.
Goodluck and God bless.

Share your views about 5/6 in the comment section!!! Have you joined a Five-Six before? What’s your experience??