In celebration of this year’s Chinese New Year I thought of dedicating a particular blog post for the nation of the Land of Opportunities. 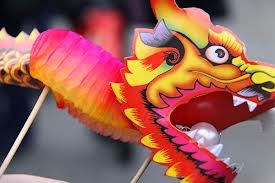 During my school days I have been taught about how well Chinese are in terms of finances. They have been the owners of some of the biggest businesses in the country. They are also known for their natural frugal living and how well they spend their money.
I don’t remember where I first heard about this line but has always been in my mind ever since.

Chinese goes a level higher with their target goals. A business over a job which is true. That’s why most of them save their money during their days in school so that as soon as they graduate they’ll be able to have their first investment happen.
They also pass that knowledge to their younger generations same as with how they deal with their businesses… always incorporating the family members as part of the organization.
Another quick story is that I hosted a 90th birthday before and I didn’t know that it was for a Chinese Family. I was actually not late but let’s just say almost all the guests were already in the venue which means as the emcee, I have to start already. Since I am used to the Filipino Time I didn’t really take notice of my arrival. That made me conclude of one great value of the Chinese.
Some of the Chinese Businessmen You that will Inspire You
Henry Sy

Filipinos can learn a lot from the Chinese not just financially but also on the right attitude about life. They take risk and are courageous enough to grow their money. They love new learning as well as networking with great people that could be potential source of information. If God will bless me with a Chinese husband, I would be very thankful as I know I will marry a man I can trust with our finances. 🙂
Happy Chinese New Year and how lucky are we Filipinos to be celebrating Two New Years in one year.

Hi and welcome to the first installment of SavingsPinay Weekly Notes! I was inspired to create a weekly post that in volves only links concerning personal finance and other money matters that are worth the click. I hope with these posts you’ll be more inspired to take charge of your finances. I’ve had such an…

Today we will all learn how online farming works as told by a real investor herself, Geli.   This post is part of a series I introduced last August where I interview ordinary people who has helpful and inspirational stories when it comes to personal finance, investment and making extra income.   You all remember…

SAVING… I think saving is one thing that is really hard to do. It’s like a work in progress. There will be that moment that you are doing it and then those moments wherein you stumble and fall out of your budget. In this post I list down the TOP THINGS that RUIN my goal…

Are you ready to start a blog this 2017? If yes then this 2017 Guide on How To Start a Blog will be your best friend. Starting a blog is one of the best decision I have ever made in my life. To date I’ve been a blogger for four years and counting. I went to…

A wedding can be very costly. The reason why a high percentage choose to just live in or marry via civil is because they want to escape the high cost of the whole ceremony. Each and every detail of the wedding has a corresponding price tag. However, money should never be the reason why…